Absconsion from forensic psychiatric institutions: a review of the literature

Background: Absconding from mental health units is referred to as a patient leaving without permission and can have significant consequences for the patient, family, community, and institution. The varying definitions of absconsion involve breaching security of an inpatient unit, accessing grounds or community without permission, gaining liberty during escorted leave or being absent for longer than permitted from authorized or trial leave. While considerable literature exists on absconsion from acute psychiatric units, there is a paucity of literature specific to forensic absconsions, despite inherent differences between patients and systems. Forensic patients are offenders who are found unfit to stand trial, or not criminally responsible on account of mental disorder. The literature indicates the absconding rate within the forensic population is expected to be low, based on the fact that the level of security in forensic units is higher than general psychiatric units. Despite the rates being considered low, the outcomes of absconding in this population can potentially be serious, thus the exploration of factors surrounding these incidents is essential. Purpose: To review the literature regarding absconsion from forensic psychiatric institutions. This review will identify potential risk factors and motivations of forensic patients that have absconded. Methods: Electronic database and hand searches were conducted to locate articles pertaining to absconding specific to forensic psychiatric institutions published from 1969-present. Search terms included “abscond”, “escape”, “AWOL”, “runaway”, “psychiatric inpatient”, “forensic institution”, & variants. All full-text articles meeting inclusion & exclusion criteria were appraised for qualitative themes, limitations, and assessed for risk of bias using appropriate CASP Checklists. The review is structured following the PRISMA checklist and framework. Results: A total of 19 articles meeting literature review criteria were identified. The majority of the articles were of retrospective case-control design (n=12). Three systematic reviews were found on absconsion that included analyses from both forensic and general psychiatric populations. Definitions for absconding were omitted or varied making comparisons between studies difficult. Much research compared demographic, static and dynamic factors. History of previous absconsion, scores on validated risk-of-violence assessment tools, substance-use disorder, acute mental state, and socio-environmental factors were consistently noted as risk-factors. Four distinct motivations for absconding emerged: goal-directed, frustration/boredom, symptomatic, and accidental. Overall, the literature suggested forensic absconsion was a rare event of short duration with low risk to the public and few re-offending incidents. Conclusions: There is a paucity of literature on forensic absconsions. A consistent definition of absconsion and use of standardized reporting protocols across forensic programs would be beneficial in order to be able to compare data on absconding events. Also, prospective studies should be undertaken to better understand the motivations and dynamic risk factors of forensic patients who have absconded and would help inform a forensic absconsion risk assessment protocol. 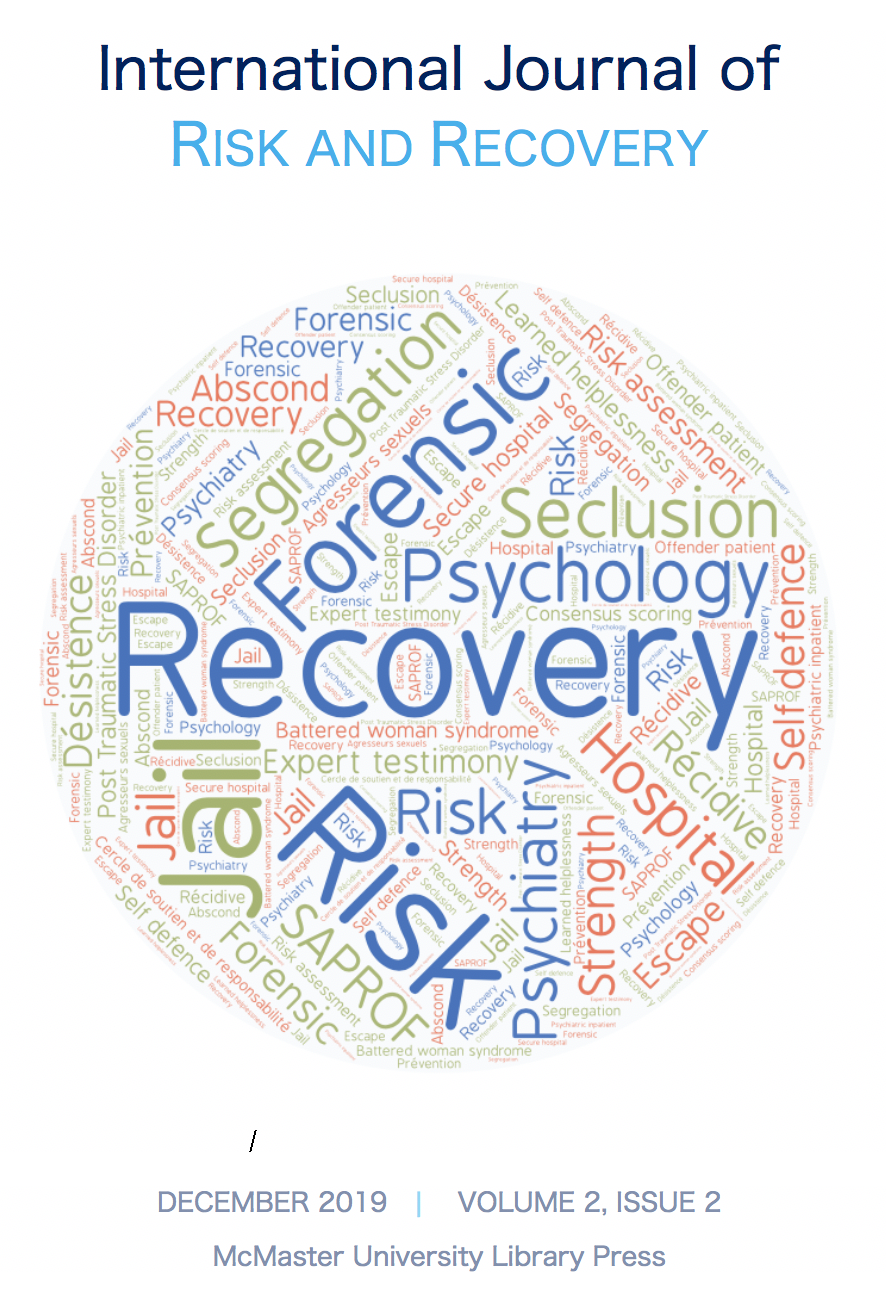