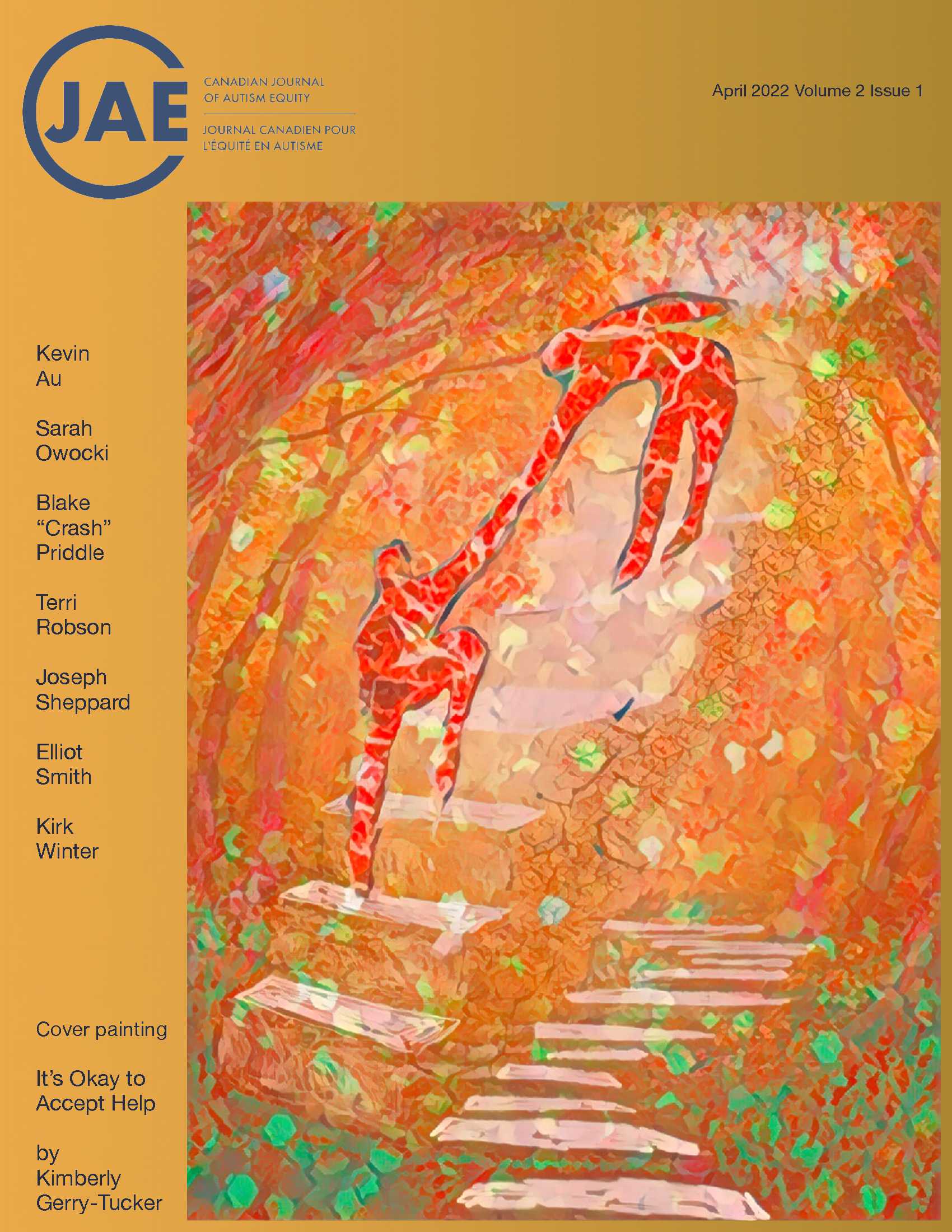 This second edition of the Canadian Journal of Autism Equity (CJAE) features works primarily about employment challenges faced by autistics.

As Equity-minded members of the Constitutional Democracy of Canada among a Commonwealth of Free Nations, symbolized by honorary monarch, geographically co-situated with the Indigenous Peoples of Northern Turtle Island; we gratefully acknowledge and respect the ancestral relationship between Indigenous Peoples (including our 634 First Nations, our Inuit First Peoples, and our Aboriginal Métis Peoples) and their Traditional Lands, their Truth of self-narrative, and their Cultural Properties.

The Canadian Journal of Autism Equity is published by McMaster University Library Press and is supported by the Autism Alliance of Canada.